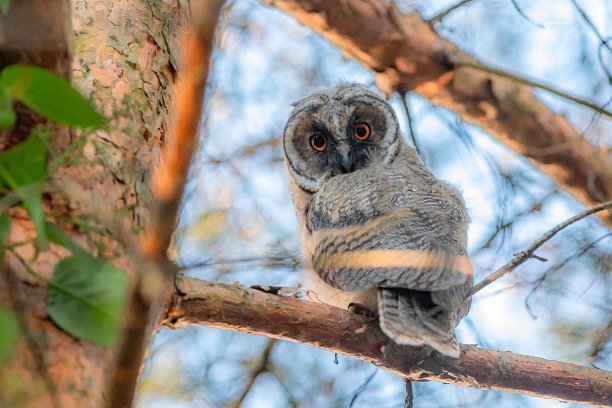 Owls are distinct and intriguing birds, but recognizing them may be difficult. Because most owls are mostly nocturnal and secretive, birders should be able to rapidly and precisely note identifying traits in order to identify the owls they encounter.

The proper equipment is required for owl identification. While the instruments required to observe owls are included in any birder’s field kit, particular types of equipment are more useful when attempting to identify owls.

• Optics: For recognizing owls, birding binoculars with a big aperture to let the maximum light through into lens are the wisest option. This allows the intricacies of a bird to be seen more precisely, especially under dusk or twilight settings, when owls are most probably to be sighted.

• Field Guide: While most field guides offer a section comparing common owls to other raptors, it is critical to have a guide which incorporates both perched and flying images or graphics for an accurate comparison. Owls have distinct postures and body forms, and a good field guide would include the specific features to look for when identifying owls.

• Owls are more commonly heard than what is shown, and birders who are comfortable with birding by ear may also have a higher chance of recognizing owls based on their noises rather than their looks.

Using recordings of common owl songs and cries to become familiarized with owl acoustics is an excellent method to develop confidence in owl identifications, and recordings may also be used selectively in the field to attract birds.

The upright stance and forward-facing eyes of an owl are instantly recognized qualities that aid in species identification, but pinpointing the precise owl species needs more careful examination of minute patterns, shapes, and colors. Look for many characteristics while identifying owls.

• Size: Is it huge or small? How big is it in relation to neighboring leaves, branches, posts, and perhaps other objects?

• Eyes: What is the hue of the bird’s eyes? How far apart are they in the face? What are the colors and marks that surround the eyes?

• Facial disc: What is the width of the owl’s face disc? Is it shaped like a horizontal oval, a vertical oval, a circle, or a heart? What are the colors and patterns on the disc?

• Bill: What color is the beak of the bird? Is it hardly visible in the face, or is it more noticeable? 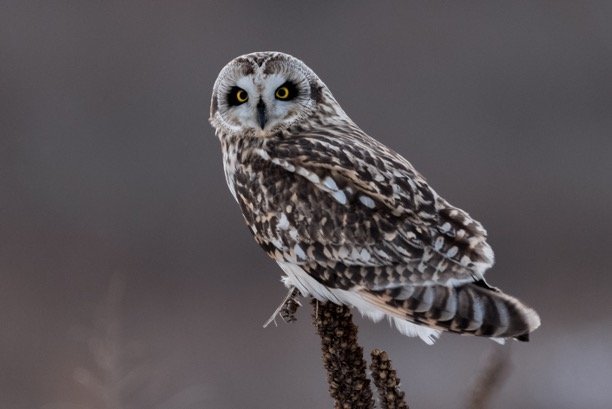 • Plumage: What color is the general plumage of the bird? Is it streaked, spotted, or barred? Is the pattern horizontal, vertical, or mottled? Is there anything that stands out?

• Ears: How does owl’s head possess ear tufts? What size are the tufts? Are they focused on the head or spread out?

• Tail: What is the length of the bird’s tail? Can it be squared or rounded? Is the tail striped, barbed, or otherwise marked?

• Legs: What is the color of the bird’s legs? What is the length of the legs? Are they strongly feathered or softly feathered? Birders can identify owls more quickly, readily, and reliably if they know what to look for when they see one.

Other Ways to Identify Owls

While gaining a decent view of an owl is really the most likely approach to accurately identify the bird, they are elusive creatures that seldom provide birders with uninterrupted, immaculate views. Birders can learn to recognize owls even if the bird isn’t plainly seen by studying other field features.

• Sounds: Owls make a variety of noises, songs, and cries, ranging from traditional hoots to whistles, growls, screeches, and barks. Learning the birds’ distinct sounds and listening for length, tone, and pace will assist birders in properly identifying owls. 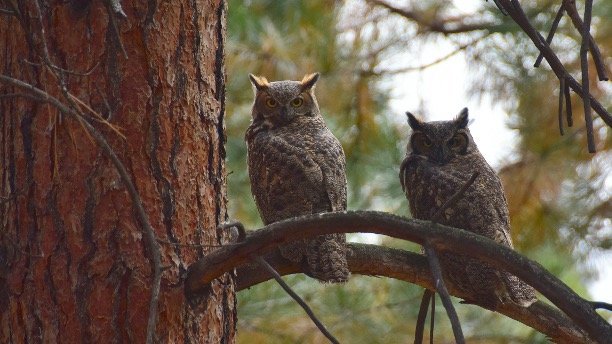 • Range: Owls with similar appearances may have widely distinct ranges and habitat choices. Before owling in a particular location, birders should become acquainted with common regional owls so that they do not mistake doubtful species.

• Activity Times: Most owls usually nocturnal who are only active at night or during dark periods such as twilight, however a few species are active during the day as well. Having a clue whether the diurnal owls are in the area can aid in identification.

• Prey: Owls eat a variety of animals, birds, and invertebrates, however not all owls eat the same thing. Birders who spot an owl hunting may be able to identify it based on the type and size of prey it chases.

It takes time and experience to identify owls, but it is tremendously satisfying when a birder can quickly identify an owl in the wild. Owling, with the correct equipment and awareness about what to watch for, may introduce a birder to these amazing raptors.