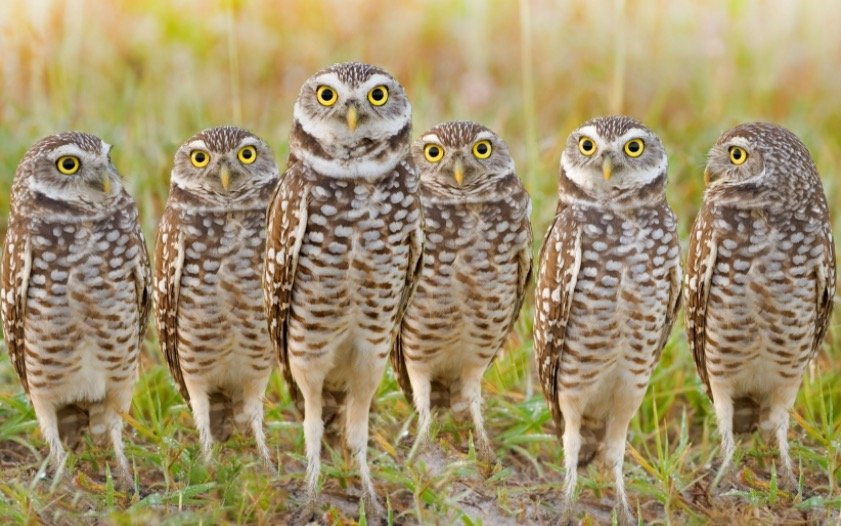 What is a Group of Owls Called?

If you’re fortunate enough to come across an owl in the wild, it’s almost certain that they’re on their own. Think of yourself as lucky if you’ve ever spotted more than one of them because this is incredibly rare. Assuming that is the case, what is the collective noun for an owl group?

A parliament of owls is the most commonly used collective noun to refer to a group of owls. Wisdom, congress, hooting, and a stare of owls are some of the less frequent names for this bird.

Because owls fly exceedingly quietly, they are sometimes referred to as “silence” when in flight. This is due to the fact that owls are superb hunters and have exceptionally quiet flying.

The terms listed above are the most frequently used, although they are not an exhaustive list, and they can differ based on where you are in the world or what section of the country you are from. 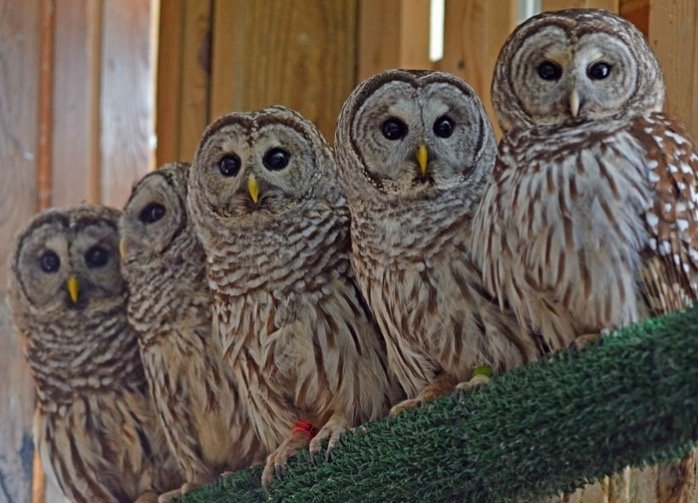 Continue reading for an explanation of how owls came to be associated with certain terms when they flock together, as well as answers to some other pertinent issues about owls and groups, or should we say parliaments.

The following are other names for a group of owls:

What is the Significance of the Term “Parliament”?

A bird’s attribute or trait is typically used as the basis for most collective nouns for groups of birds, which date back to the Middle Ages and are still used today. A lot of them were also originally utilized in poetry, and they’ve stuck around ever since then.

There are a few possible explanations for why a gathering of owls is referred to as a parliament and why the term has become so well recognized and extensively used. The most likely explanation is that in C.S. Lewis’ 1950 novel “The Chronicles of Narnia”, he referred to a group of owls as a parliament, which led to the nickname.

The fact that this book went on to become quite famous perhaps explain why this phrase got so well-known and common in the following decades. Although the exact history of this name is unknown.

It is believed to have originated in the 1300s with the “Parlement of Foules,” which was a term coined by Geoffrey Chaucer, a 14th Century poet, to represent a vast assembly of birds (fowls). You could claim that it would be quite possible that C.S. Lewis heard some of Chaucer’s poetry at some point and that he altered the word “foules” to become “owls” at some point.

We have to admit that the phrase “a parliament of owls” is far more intriguing and poetic than the phrases “a group of owls” and “a flock of owls.” Realistically, it’s unlikely that C.S. Lewis was bothered by the fact that owls assemble in these groups or swarm together in their thousands.

In reality, the phrase “a parliament of owls” is a piece of poetry! Other reasons for this, though we believe they are less plausible, include the fact that Parliament is a place where politicians gather in the United Kingdom, and when debating political topics, there is often a lot of shouting and hooting, to put it another way.

What is the Name of a Group of Soaring Owls?

When a group of owls is in flight, they are referred to as a silence; nevertheless, it is quite rare to witness owls flying in groups when they are in flight. As a result of their genuinely exceptional ability to fly practically silently, owls have acquired the nickname “the silent”.

This talent is critical to their survival. This holds true for owls of all shapes and sizes, including the bigger species such as the barn owl and great horned owl, which fly practically silently.

This ability is critical to the survival of owls since it allows them to hunt their prey in stealth, which means that prey will not be able to detect the presence of an owl and flee if it hears one close. Even though it’s uncommon to see a bunch of owls flying in a formation, it does happen from time to time.

Winter nights are the best time to observe this because many owls will hunt during daylight hours instead, and they may even hunt in small groups inside their little communities.

What is the Proper Name for a Bunch of Baby Owls?

In general, a group of baby owls is referred to as a brood of owlets or a nest of owls. Owlet is a name used to refer to owl babies or owl hatchlings. 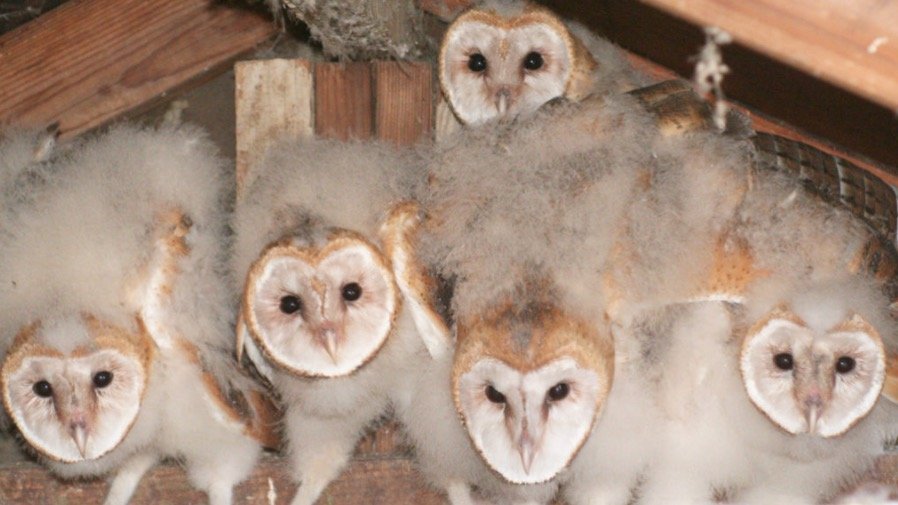 Is It True that Owls Congregate in Large Groups?

A few owl species do, on occasion, congregate in small groups, but this is rare. In most cases, this consists of either family members or a small group of owls from the same species. Typically, there are up to 5 owls in a group, though this might vary depending on the species.

When do Owls Congregate in Large Groups?

If owls decide to create a small flock with other owls, they will do so outside of the mating season, when the weather is cooler. During the breeding season, owls tend to reside in groups of two or three during the day.

What Causes Owls to Congregate in Large Groups?

There are a couple of theories as to why owls congregate in roosting areas. Because they can huddle together, they are able to keep an eye out for predators or mobbing songbirds, and they can also provide warmth during the colder months by keeping each other warm.

Roosts are frequently found in close proximity to ideal hunting grounds where owls may find plenty of food to feed on. Thus, another possible explanation is that this information is essentially shared with owls that have joined the roost. 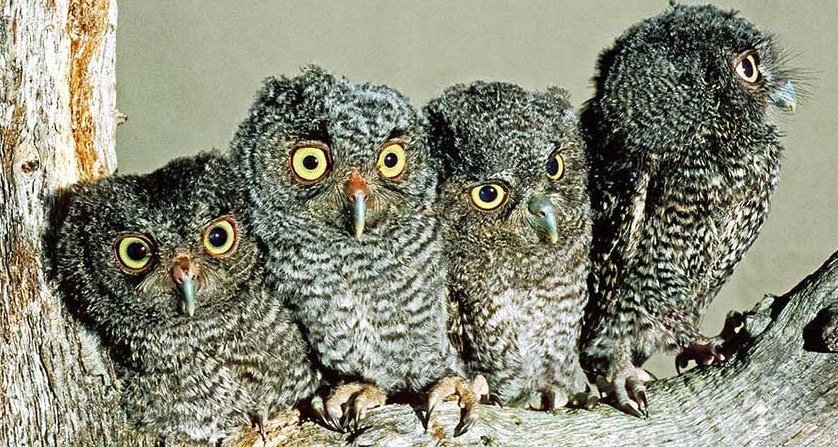 Is It More Common for Owls to Live Alone or in Groups?

What is the Average Number of Owls in a Flock?

It is generally agreed that a flock of owls must consist of at least three to five owls in order to be considered a flock. Immediately below it, they are either a pair or an individual on their own.

What is the Name of a Pair of Owls?

Because there is no unique phrase for two owls working together, they are simply referred to as a pair of owls.

What is the Collective Noun for a Group of Barn Owls?

What is the Collective Noun for a Group of Barred Owls?

Spread the love
Tags: What is a Group of Owls Called?