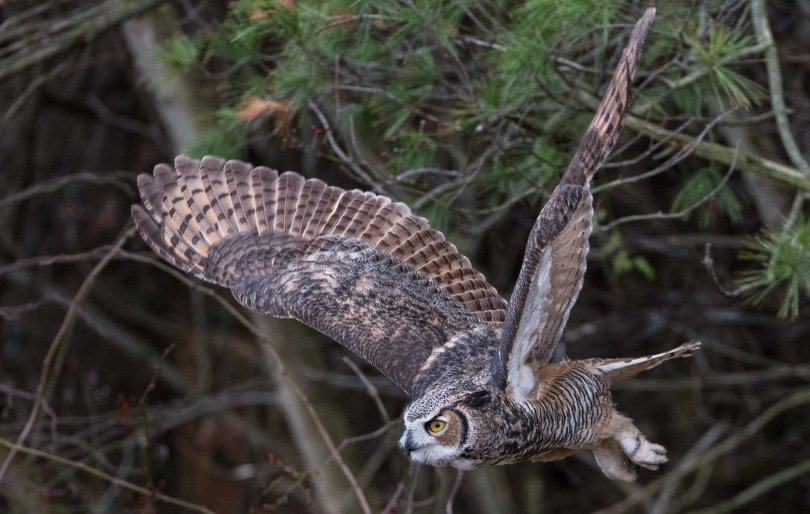 Owls are magnificent birds with the reputation of being wise, intelligent, and silent. What people frequently forget is that owls are raptor birds that spend their nights hunting and preparing for the next kill. That begs the question, can owls be social? Are owls docile?

No, owls are not sociable or friendly birds. Many people think owls are adorable and one-of-a-kind birds. And, yes, owls are quite cool. They will, however, exhibit more aggressive than pleasant conduct. Finally, owls are wild animals, and it is not in their nature to be nice.

Why Are Owls Not Friendly?

Owls, like other birds of prey, are not friendly since they evolved to be solitary. Unlike flock birds, who are so used to being in groups, owls abhor being near any other species. Most owls live alone, and sociable and caring behaviour is not in their genes.

Despite their attractive appearance, owls are not good pets. To begin with, owls are high-maintenance birds that need a lot of room. A parrot cage in the corner of the room is insufficient. Furthermore, because they are carnivores, they need fresh meat diet on a regular basis.

Another reason why owls make poor pets is that they are nocturnal. As a result, they’ll create noise at night, especially during mating season. Finally, they have the potential to be quite destructive. Owls have wild bird instincts and razor-sharp claws, which may harm numerous items in the house.

Above all, owls are hazardous. Maintaining a bird of prey as a pet is not a good idea; they may maintain their wild instincts and may inadvertently harm you or your guests.

Many individuals, however, embrace difficulties and insist on keeping an owl as a pet. However, before you begin to think about it, please remember that most individuals in the United States are not permitted to keep owls as pets. 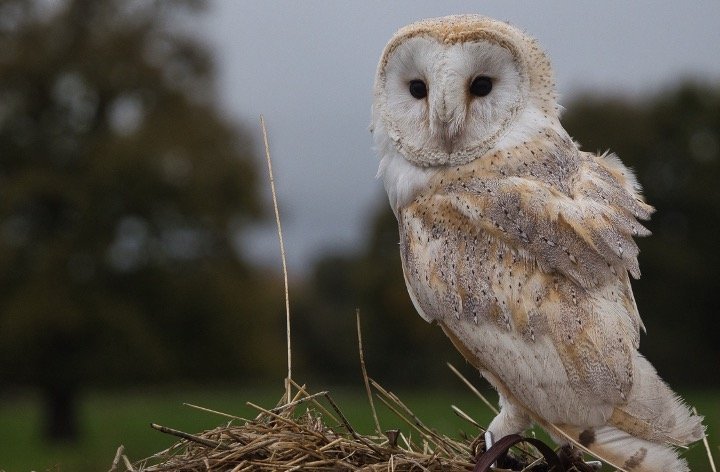 Barn owls are intermediate sized silent predators known for their heart-shaped faces and lengthy legs. Barn owls are not particularly friendly. They are, in fact, quite likely to be hostile than amicable. Human attacks, on the other hand, are uncommon.

These birds of prey normally live and hunt alone, however they can be encountered in couples at times. Barn owls are the most common owl species and can survive in practically any environment.

Snowy owls are widely regarded as the most attractive owl species due to their distinctive white feathers. Snowy owls, unlike other owl species, are active throughout the day. They live in the North Pole areas, although they have also been spotted in the United States and Canada.

Despite their beauty, Snowy owls are not particularly friendly. When protecting their territory or nest, these owls may be rather violent. They have been known to be aggressive towards humans and sometimes even wolves that venture too close to the nest.

The Barred owls are the most noisy of all owl species. But not as the friendliest. During the breeding season, they become highly aggressive, attacking any prospective intruders. Females, in general, are ferocious. Their instincts for protection are strong, and it is not surprising that they are ready to fight anyone who appears to be a threat.

The great horned owl is one of the biggest species, and it is recognised for its aggressive predatory abilities, which allow it to hunt on enormous animals. Snakes, rabbits, hawks, cats, and even other owls are prey for these owls.

Are Owls Nice To People?

This is entirely dependent on how you define friendly. No wild animal will exhibit affection to a person, nor will it come to be petted. In reality, most wild animals dislike being so near to people. This is particularly true for owls in the wild.

Owls shun the presence of other species; therefore, we may conclude that owls are not very friendly to people. We seldom get the opportunity to see wild owls because of their habits and night time existence.

The bulk of owl species are active at night and rest throughout the day. Most of us lead lives that are diametrically opposed to those of owls. We can only get near to an owl when it is injured or weak and unable to fly.

And, most importantly, owls are not sociable birds; in fact, they are amongst the least social bird species. When it comes to captive owls, they are more “friendly” to people. There are several videos and photos on the internet that highlight the positive aspects of pet owls.

Despite the fact that they may form friendly relationships with humans, this is just because an owl regards its owner as someone who feeds it with food.

Owls are neither loving or friendly toward people, and they are unable to acquire such feelings. They are a solitary species of predatory bird that lives in the wild.

Do Owls Enjoy Being Pet?

No, owls do not enjoy being pet. Despite the fact that they will accept it and may appear to like it. In fact, they despise it. They loathe it because their feathers are being ruffled.

Owls would have to groom themselves after being touched since flying with ruffled feathers is inefficient. This pertains to all birds, not only owls, but to the majority of wild and captive birds. They dislike being pet.